Twice a Citizen Awards to be presented to Community Leaders Beau Boeckmann, Steve Fazio and Melvin Kennedy at Westin Bonaventure

On Saturday, evening, April 5th, the Los Angeles Police Reserve Foundation will present the 2014 “Twice a Citizen Awards Dinner” at the Westin Bonaventure Hotel in downtown Los Angelesto recognize the heroic and selfless individuals who donate their time as Reserve Police Officers and Specialist Volunteers with the Los Angeles Police Department. These Reserve Officers contribute 8-32 hours a month, if not more, to the LAPD without compensation. LAPD Chief Charlie Beck (who started his career as an LAPD reserve office in 1975 working with Rampart Division for several years) host and make the presentations; and Fox News Anchor Christine Devine will return for the third year to serve as Mistress of Ceremonies. Foundation Co-Presidents Karla Ahmanson and Michael Sellars also announced that during the annual ceremony saluting the Reserve Corp Officers of the Year, tribute will also be paid to three community leaders who have made a dramatic impact in the Greater Los Angeles area. TheTwice a Citizen community honorees are as follows: Beau Boeckmann, Chief Designer for Galpin Auto Sports, has received national attention with his many innovative concepts and designs which have appeared in numerous automotive and other magazines including Architectural Digest’s Great Designs and the Wall Street Journal. In addition to an active role in Galpin Motors, he currently serves on Ford Motor Company’s Product Committee and is a member of The Pasadena Art Center College of Design Advisory Network. His community involvement includes Young President’s Organization, the Advisory Council for Wheels for Humanity, the Boys & Girls Club of the San Fernando Valley, and New Horizons – opening new doors and opportunities for individuals with disabilities. Steven Fazio became an LAPDReserve officer in 1981. He started his law enforcement career with two shifts a week assigned to the 77th Street Patrol, and worked several other divisions before serving as the lead reserve for all department in-service training for the late 1980’s and 1990’s. Steve oversaw the deployment of reservists during the 1984 Olympics and the Papal visit in 1987. After completing his service with the LAPD, he was appointed by Mayor Villaraigosa as a member of the LAFD Board of Fire Commissioners. Concurrently, Steven has created a successful business as the President/CEO of Fazio Cleaners, and volunteers with numerous community organizations such as the Young Presidents Organization, Brentwood Area Chamber of Commerce, Cedar Sinai Board of Governors, and was the founding President of Sierra Canyon School, currently with a student population of almost 1,000 students. Our third honoree is Melvin Kennedy who recently concluded over 25 years as President of the Los Angeles Police Reserve Foundation before stepping down this year. Having graduated from the LAPD Reserve Class of 1982, he has served as a member of the Reserve Corp for 32 years. Mel joined the Foundation board in 1986 and soon thereafter took on the position of President, to which he has dedicated countless hours each week. His professional career outside the Corp has included over 30 years in the construction and custom store fixture industry; followed with a 2nd career in the private security field with Wells Fargo Bank and others, as well as running his own companies. 2014 represents the 67th Anniversary of the Los Angeles Police Department’s Police Reserve Corps which started during World War II, and continues today stronger than ever. The commitment of a Reserve Police Officer is enormous and these unpaid volunteers serve with only one goal in mind: to create a safer community for all of us. Each Reserve Officer must go through the same training as a rank in file member of the LAPD. The Twice a Citizen banquet (for the past forty years) is the City’s opportunity to recognize the Reserve Police Officers of the LAPD, without whose dedication and commitment the LAPD would not be able to perform it’s duties with the efficiency and effectiveness that it does today. Funds raised at this annual dinner help fund special equipment and other expenses for the Reserve Corps. The Gala evening will begin at 6pm with cocktails and silent auction, followed by a gourmet dinner, live auction and award presentations. Table prices begin at $2,000 for a table of 10, and sponsorship opportunities are available at $1,000-$50,000. For information on sponsorship, tables, tickets, souvenir program advertising or auctions, please contact the Event Office at 818.994.4661. 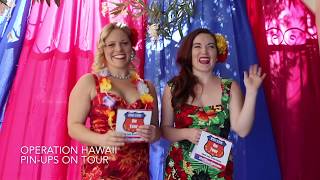